In addition to books that you can relate to, I would like to introduce you to real people who look like you and go through what you do, but they are walking with a faith in God that is second to none. Read their stories and know that God loves us all and through our faith and testimonies, we are strengthened and are reminded, "I can do all things through Him who strengthens me." (Philippians 3:13) 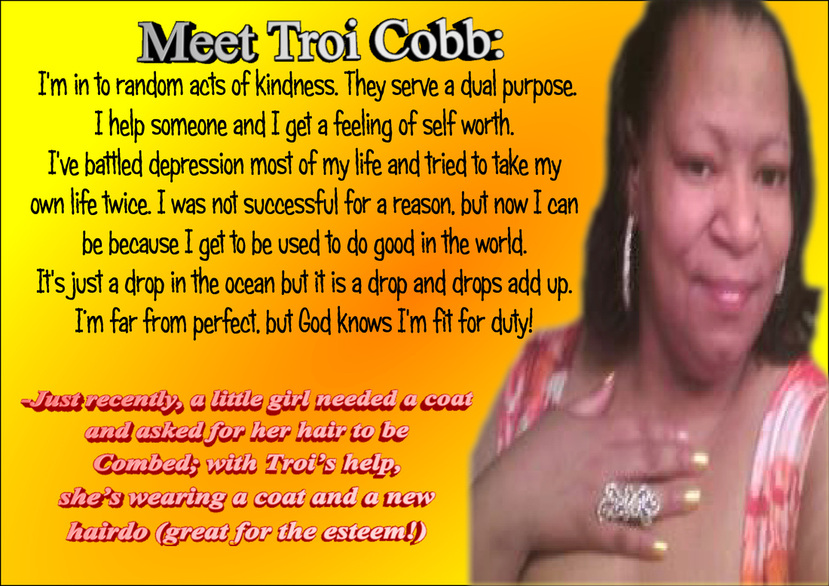 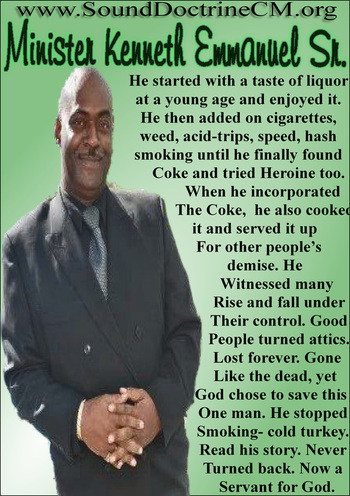 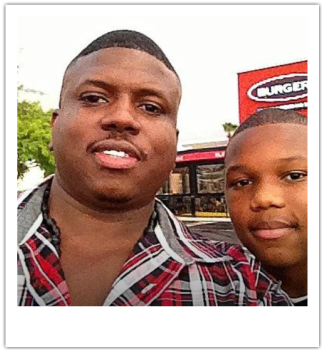 LIFE & FAVOR One day I got in my car as usual. I dropped my girlfriend off to work, but never would I have imagined not returning home. I drove out of town to pick up a package and shortly returned to do my dirt as usual. I was heavy in the drug trade and I made up my mind this day to collect as many "Bands" as possible.
On my way home I stopped by a familiar drug spot and picked up a guy to make a quick transaction. We hit the block and to my surprise I observed a guy who had violated me a few mouths prior. We made eye contact as I slammed on brakes to jump out the car. I had it out for him and today we would settle our beef like men (I thought).
As I approached him I observed him reach into his waist and in one seemingly quick gesture he had a gun pointed straight at my head. Startled and a bit surprised, I stood paralyzed as he said "Jigalo, (my street name at the time) I am not gonna fight you!"
Before he could finish speaking, I felt my head kick backwards as if someone had hit me in my face with a baseball bat. He had shot me at point-blank-range in my face. The excruciating pain from the bullet that went into my mouth, which knocked out 4 of my teeth as it exited out of the back of my neck, was indescribable.
As I mustered up the strength to run back to my car to save my life, I knew my death was imminent. I would die a bloody death in the streets like many homies who were in the same dope game as me had already died. But LIFE & FAVOR!
I drove myself to the hospital and eventually collapsed in the ICU. After immediate surgery to close the hole in my neck from the bullet wound, police & DEA agents were standing over my hospital bed inquiring about drugs. There was noway I was saying a word. As far I was concerned, the drugs belonged to the nurse who searched my belongings looking for ID to no avail.
In the meantime, I was arrested the next day from the hospital for drug trafficking. My 10 year drug run, sometimes amassing profits of $10,000 in a week, had come to an abrupt halt.
A federal judge put me away and I suffered in prison for 11 years, 1 month, & 10 days straight. Men were falling dead and falling in love with each other all around me. But during that time, the girlfriend who I dropped off at work the morning that I was shot in cold blood, gave birth to my son. He grew up without his dad like 24,000,000 children living in single family homes do today in the US. But LIFE & FAVOR!
I was released from prison where I found Jesus Christ one day while on my knees in tears in my jail block. He made a man out of me through my suffering and my life has never been the same. Prison did not change me, but Jesus did.
On June 6, 2013, my son who was born while I was on lockdown, celebrated his 13th birthday. But thanks be to God, although I missed the first 12, we celebrated this one together.
I know I could have been dead and gone...But LIFE & FAVOR! I have other kids as well. And bit by bit our lives are being restored. I thank God for the opportunity to be a father in this crucial era where a father-figure is very encouraging and important. There is no reason on my part to still be here, but I humbly know that it is All LIFE & FAVOR from God!
***In life we all make some bad choices, but don't ever allow your history to decide your destiny. It is not how well you start, it is how well you finish. God can turn any tragedy into a triumph. If you believe hope is possible even when all seems hopeless type "Yes" or "Amen". If the devil has more power than God keep strolling... 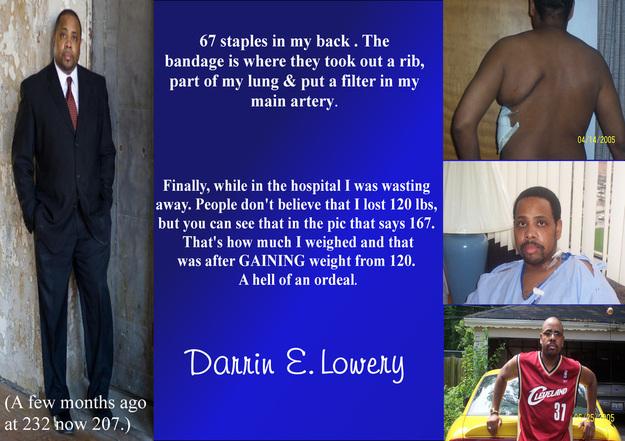 Seven years ago in March, I was told after suffering from a massive pulmonary embolism that chances were very high that I would be dead within several years due to another PE. When I had the first one I had 13 blood clots in my back, one in each leg and two massive ones on each lung. Part of my lung was removed. I have a filter in my main artery and I am on blood thinners for life as well as b-12 shots for life, I get CT scans every month, INR every month for life and this is after two weeks in a coma, 42 days in intensive care, learning to walk again, talk again, physical therapy etc., (my friends know this story and many were there). I went back for my masters which the doctors said was admirable, but unrealistic. I was told to collect disability and I work a full time job (and a stressful job at that). I was told to travel and enjoy myself because chances were that the odds were against my making it to 40. TODAY IS MY 45TH BIRTHDAY, And I'm still here! The credit goes to God of course, but I am reminded of how bad I am each doctor visit. I counter that with how blessed I am. So for friends, colleagues and others who wonder why I get upset about people squandering there time, calling off work or complaining about health issues, it's because EACH DAY IS A BLESSING. We each have a designated amount of time. Don't waste it. To my readers, I love you. You along with faith keep me going along with the prayers of my friends. Love you all! 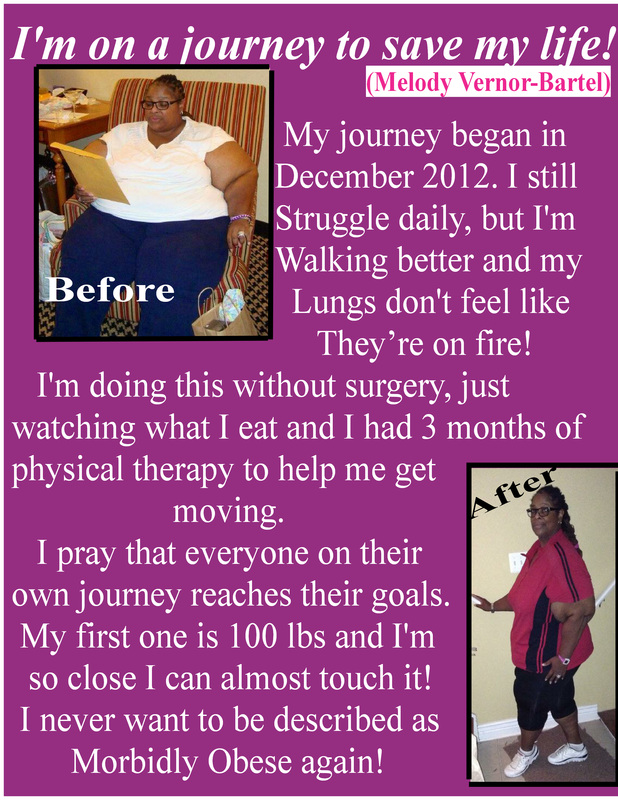